On November 15th Poznan Against Nationalism coalition organized a demonstration in the center of Poznan, Poland. The people of Poznan have proven they will not get threatened by fascists and the fake news they spread – their strategy based on creating fear and tension did not succeed. The antifascist demonstration was around 700-people strong.

The anti-nationalist demonstration was organized as a reaction to a meeting with deputy Robert Winnicki, a  neofascist who spreads hate and xenophobia. He is a member of Mlodziez Wszechpolska (MW). The presence of that “important guest” was an attempt to legitimize the vicious attacks of nationalists. Winnicki, who is known for an attempted attack against a Roma settlement in Wroclaw, became the face of the fascist far-right in Poland. He came to Poznan to meet with the local nationalists at a bar in the center of the city. 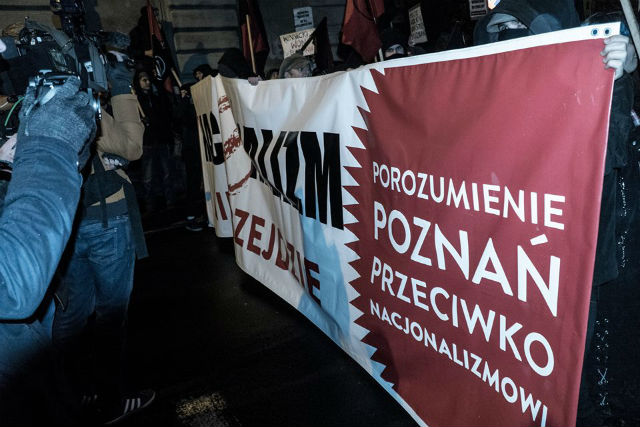 After the antifascist demonstration was announced, nationalists were trying to spread fake news about the so-called Antifa planning to vandalize the city of Poznan with the help of their militant comrades from France, the rumors were widely spread by the right-wing media. Neo-nazis also announced a counter-demonstration against the left. 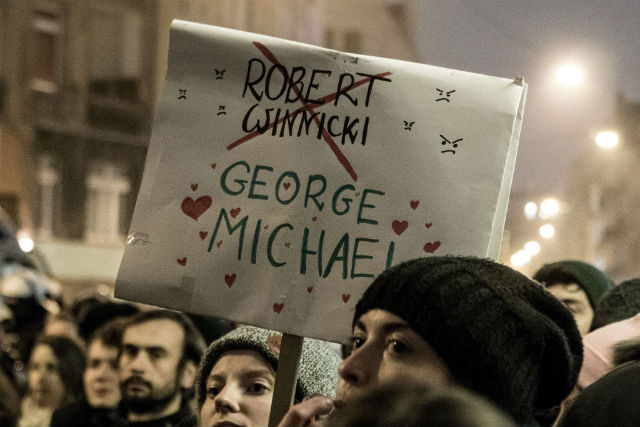 The anti-nationalist demonstration was also a reaction to various neo-nazi attacks in Poznan. Last March, right after a nationalist rally, a group of 30 masked men attacked an anarchist bookshop Zemsta, which was full of guests at the time. The previous attack took place two weeks before, another one happened last month. They have attacked various demonstrations, i.e. the Gay Pride, they attacked a LGBT organization's office, they have taken down rainbow flags.
Anti-racists from different organizations (anti-hate groups, pro-refugee NGOs, LGBTQ community, left-wing and democratic parties) then decided to form a united front against nationalism and mobilized for the demonstration. They wanted to show that the symmetry between anti-fascism and nationalism as two opposing ideologies cannot be drawn. 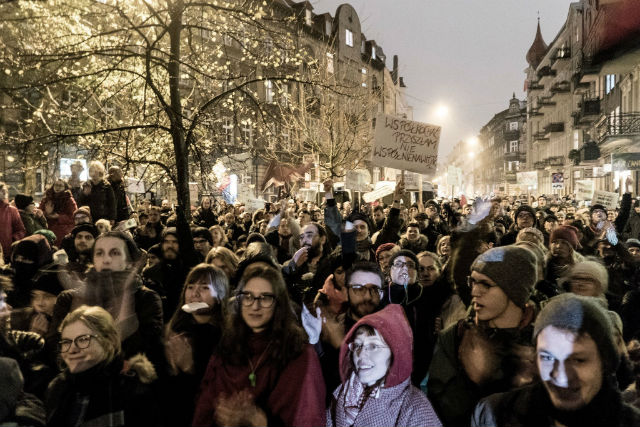 It is also important to mention that last Saturday, on November 11th neo-nazis once again marched through Warsaw in the so-called Independence March, which has been called the largest neo-fascist gathering in Europe. They were chanting white power slogans, held banners that read “Europe should be either white or deserted”, some of them were seen seig-heiling, which is illegal in Poland. The spokesperson of MW in Warsaw said that his organization does not represent racism but “racial separatism” and he added that a black person could not be Polish.
The demonstration in Warsaw outraged even more people who decided to support the anti-nationalist protest in Poznan. They brought whistles, banners and masks with Winnicki's face with Adolf Hitler's moustache. They chanted slogans about kicking nationalism out of Poznan, stopping fascism and also about solidarity and mutual aid. 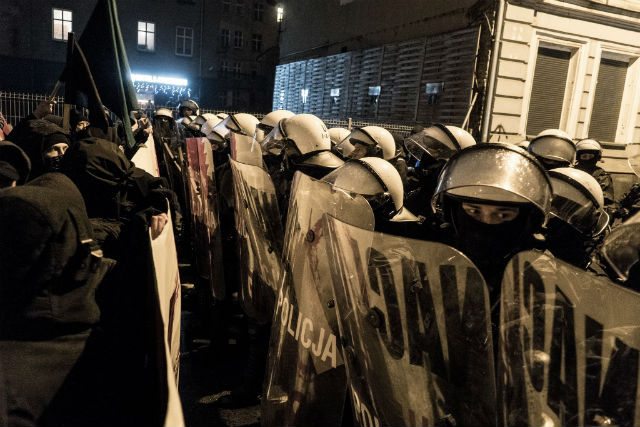 The anti-fascist demonstration was supposed to take place in front of the pub where the neo-nazis were meeting but the Poznan police allowed the fascists to gather there and did not allow the anti-racist gathering to move there “for security reasons”. The neo-nazi demonstration was at least half the size of the anti-nationalist rally or even smaller. Both demonstrations were cordoned off by a massive number of police in riot gear. Again, as both events were live-streamed online, fascists were seen seig-heiling and chanting about white supremacy. 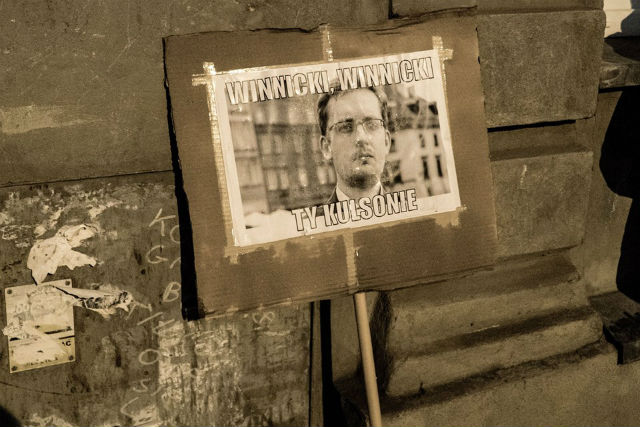 The meeting with Winnicki had to be stopped at some point due to the noise from outside.
Due to enormous police presence, both groups did not confront each other directly and were escorted off on their way back.
The anti-nationalist demonstration organized by Poznan anarchists and other groups was the second event of this kind this year, the previous one took place in April and was attended by a very similar number of people. This time, however, it seems that a lot of people were afraid to show up, due to the media scare and fascist propaganda, which makes the turnout of this gathering a huge success in the face of the growing wave of nationalism.

NATIONALISM SHALL NOT PASS!
POZNAN FREE OF NATIONALISM!