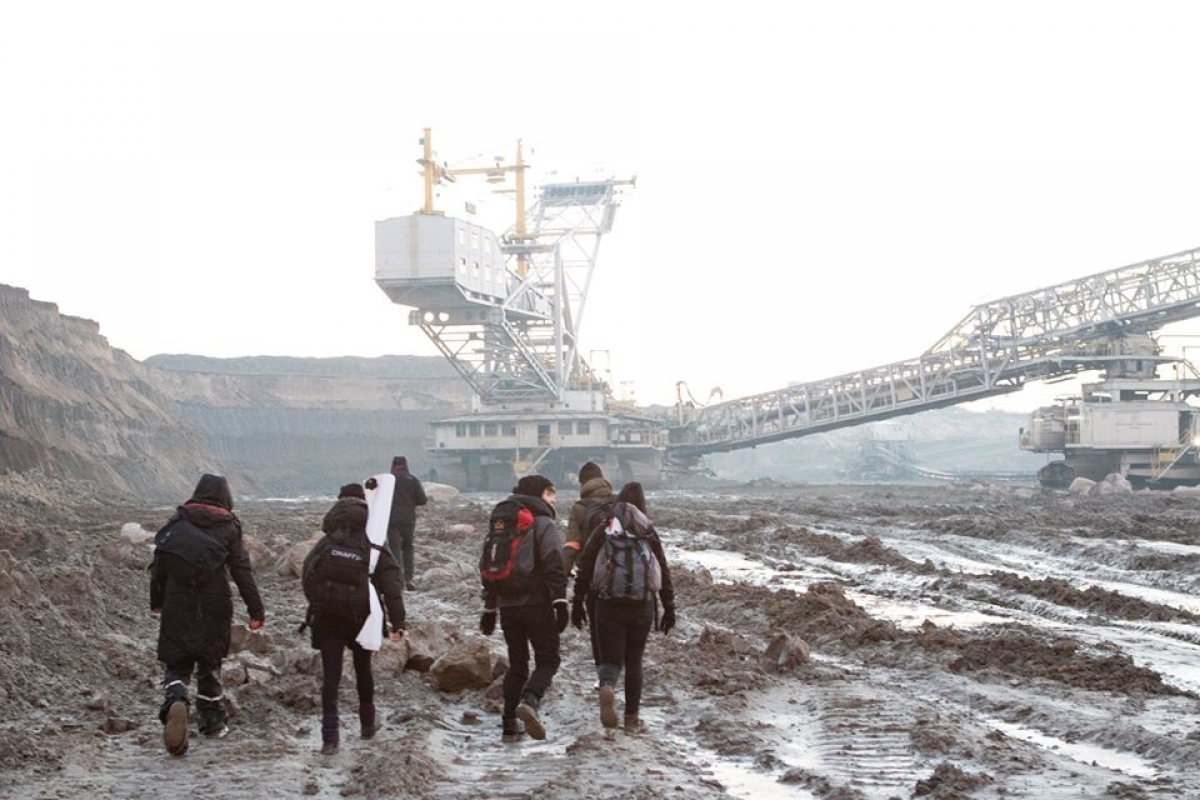 World, Mar 9th As part of the International Women’s Day celebrations, at early hours of today a group of women occupied the coal mine in Tomoslawice, central Poland. The ongoing occupation begun at 5.30am and so far the women are successfully blocking the mine from operating.

The occupation is going smoothly and has met with little to no resistance, if not sympathy, from the workers operating the mine. The women entered the unfenced, and rather apocalyptic looking, area without any trouble beyond having to make their way towards the mine’s infrastructure through about 800 meters long stretch of ankle-deep mud. Once there, they performed a lock-on, forcing its operations to shut down, and unfurled three banners. Two women had managed to climb the roof of a large digger.

The action was organised by a group of activists from Zielona Fala (Green Wave) coalition under the slogan “Ziemia jest kobietą” (The Earth is a Woman). It aims to highlight the fact that it is the system set up and dominated by men which is mainly responsible for the environmental destruction across the globe.

Tomosławice is a large mine located some 160 kilometres west from the country’s capital Warsaw. It is located on the ground with the largest coal reserve in Poland, and its annual production is estimated at around 2.6 million tonnes. Along with contributing to the general destruction of the environment worldwide by providing coal to burn, the mine also poses an extreme threat to local communuty and the neighbouring Nature 2000 protection areas.

The opening of Tomosławice mine in 2010 has met with protests from local residents, councils and environmental organisations. Along with other damage created by the mine, it also requires large amounts of water to operate. So far, the mine’s water needs has lead to the local Noteć river drying out on the 30km stretch, and the water levels of the two nearby lakes dropping by 5 and 4 meters respectively. This has greatly contributed to a draught experienced by the locals, with farmers estimating that their harvests this year may be up to 3/5 smaller than in 2018.